The Technology Behind Our Suppressors

TBT permits every component to be removed for service and cleaning.

GIT, available on our rimfire and pistol caliber handgun/rifle suppressors, allows reconfiguration of baffle stacks for much improved sound reduction throughout a variety of firearms. 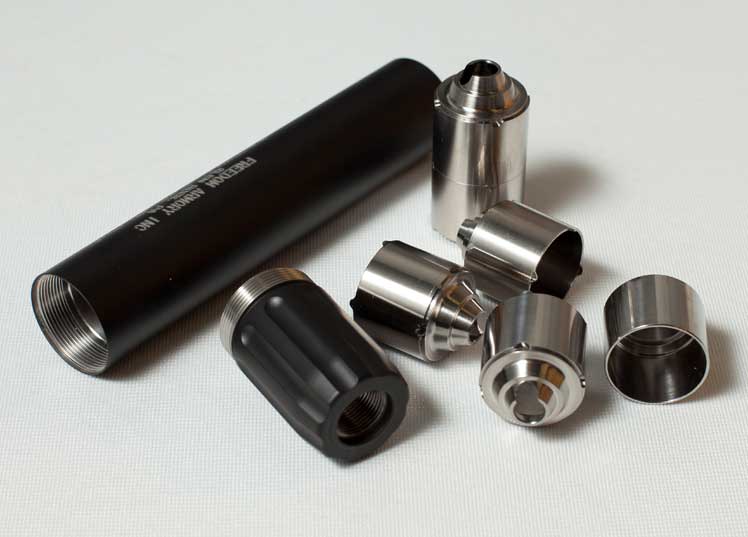 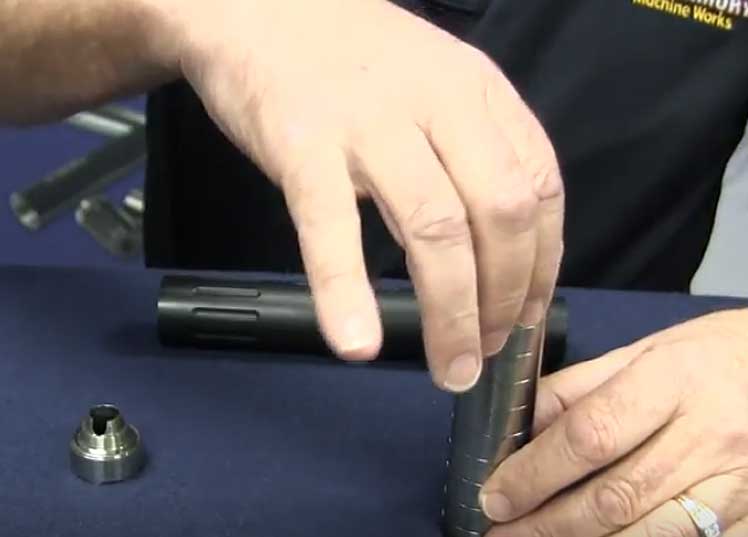 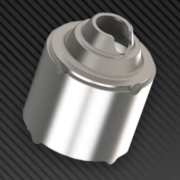 Historically, consumers have been required to use any given suppressor in a fixed design configuration determined by the manufacturer. Our Gas Indexing Technology (GIT) [U.S. Patent 9,410,761] fundamentally changes this dynamic.

GIT allows the consumer to reconfigure the suppressor baffle stack for improved sound reduction capabilities on different host firearms. Because of the pressure differences created by the length of the barrel, the ability to configure and reconfigure the baffle ports in relation to each other affects the silencer sound reduction performance. GIT allows the rotational orientation of baffles as one relates to the next in a given baffle stack for the purpose of improving sound reduction as the consumer transfers a given suppressor from a high pressure to a low pressure or low pressure to high pressure host firearm. A specific example of performance improvement is the .22LR handgun versus the .22LR rifle. When the suppressor baffle ports are aligned in a straight orientation they perform best on the handgun (high pressure); and when the baffle stack orients each successive baffle (turned) 90 degrees creating a spiral configuration, they perform best on the rifle (low pressure). Thus, the consumer can reconfigure the baffle ports any number of times as he/she transfers the suppressor back and forth between a handgun and a rifle. GIT Technology applies to TiON’s rimfire and pistol caliber handgun/rifle suppressors but does NOT apply to the centerfire rifle caliber suppressor line. The internal pressures of the centerfire rifle calibers are such that this technology is not applicable. 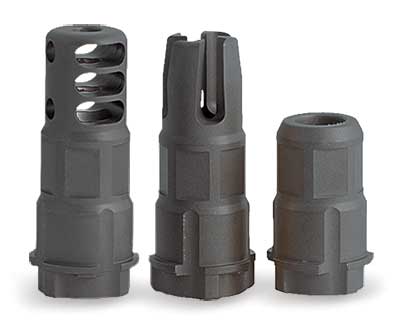 Our proprietary Quick Detach (QD) Mounting System eliminates Point of Impact (POI) and Repeatability issues associated with mounting systems using course threads/ratcheting attachment methods. TiON’s robust system accomplishes the mating of the rifle mount to the suppressor with two beveled and parallel shoulders against its counterpart surfaces in the muzzle end of the suppressor body. Additionally, the surfaces are maintained in tight interface with the use of a special retention nut which pulls the surfaces together and locks them in place until removal. One handed attachment and/or removal is achieved in one to two seconds.