TiON has revolutionized modern suppressor technology with the introduction of the Minuteman and Grenadier suppressors. Both use our patented Gas Indexing Technology (GIT) [U.S. Patent 9,410,761]. GIT allows the rotational orientation of baffles as one relates to the next in a given stack to take advantage of differences in pressures between handguns and rifles. This provides optimum sound reduction on a host of different firearms as you re-configure stacks when transferring the suppressor between a handgun and a rifle. Available in three models: Grenadier 9mm, Grenadier 9mm CQB and Grenadier .45. 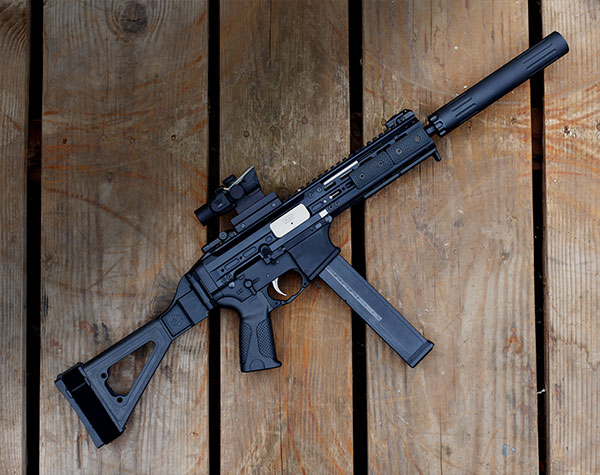 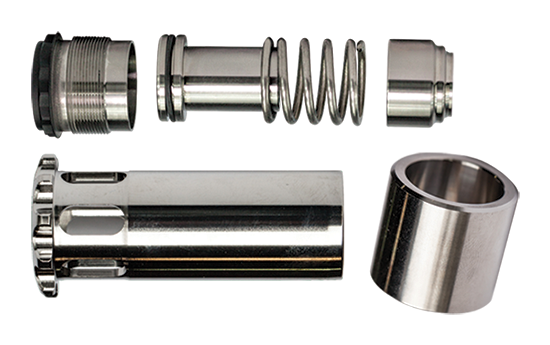 The 3 lug mount is a 3 piece set of Titanium parts that can be retrofitted to all the Grenadier suppressors. 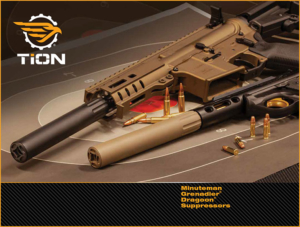 To learn more about Grenadier suppressors and our other products, download a PDF of the 2022 TiON Suppressor Catalog. Requires Adobe Reader.